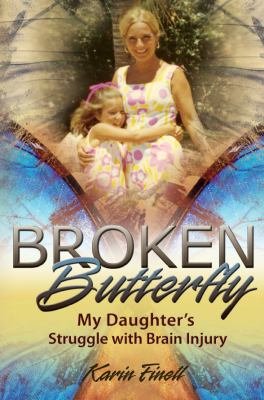 “It all began with the bite of a mosquito. Yes, with a bite of this pesky, but seemingly so innocuous little insect that had been sucking her blood. Not just one, but hundreds had punctured her arms and legs with red marks which later swelled to small welts. Who would ever have thought that our family's life would become derailed, that its tightly woven fabric would eventually fray and break—all from the bite of a mosquito?” In November of 1970, the Finell family’s lives were changed forever by a family vacation to Acapulco. Seven-year-old Stephanie fell ill soon after their return to the United States, but her mother, Karin, thinking it was an intestinal disorder, kept her home from school for a few days. She was completely unprepared when Stephanie went into violent convulsions on a Friday morning. Following a series of tests at the hospital, doctors concluded she had contracted viral equine encephalitis while in Mexico. After a string of massive seizures—one leading to cardiac arrest—Stephanie fell into a six-week coma. When she awoke, her world had changed from predictable and comforting to one where the ground was shaking. Due to the swelling of her brain from encephalitis, she suffered serious brain damage. Doctors saw little hope of recovery for Stephanie and encouraged her parents to place her in an institution, but they refused. In Broken Butterfly, Karin Finell recounts the struggles faced by both her and her daughter, as well as the small victories won over the ensuing years. Little was known about brain injuries during that time, and Karin was forced to improvise, relying on her instincts, to treat Stephanie. Despite the toll on the family—alcoholism, divorce, and estrangement—Karin never gave up hope for Stephanie’s recovery. By chance, Karin heard of the Marianne Frostig Center of Educational Therapy, where Dr. Frostig herself took over the “reprogramming” of Stephanie’s brain. This, in time, led her to regain her speech and some motor skills. Unfortunately, Stephanie’s intermittent seizures hung like the proverbial “Sword of Damocles” over their lives. And while Stephanie grew into a lovely young woman, her lack of judgment resulting from her injury led her into situations of great danger that required Karin to rescue her. Karin’s love for her daughter guided her to allow Stephanie to fill her life with as many positive experiences as possible. Stephanie learned and matured through travel and exposure to music and plays,acquiring a knowledge she could not learn from books. Stephanie wished above all to teach other brain injured individuals to never look down on themselves but to live their lives to the fullest. Through Stephanie’s story, her mother has found a way to share that optimism and her lessons with the world. 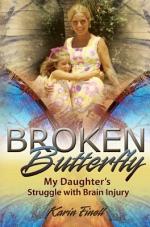 Authors: Karin Finell
Categories: Biography & Autobiography
“It all began with the bite of a mosquito. Yes, with a bite of this pesky, but seemingly so innocuous little insect that had been sucking her blood. Not just one, but hundreds had punctured her arms and legs with red marks which later swelled to small welts. Who would 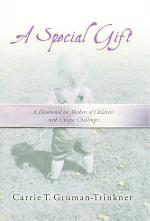 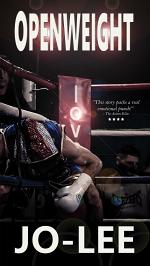 Authors: Jo Lee
Categories: Young Adult Fiction
★★★The awe-inspiring love story of guilt, grief, love, and revenge ★★★ 'A guilt-ridden ex-boxer, haunted by his last fight is pushed back in the ring to face the current abusive heavyweight champion in a no love-lost openweight grudge match...' Salvatore ‘The Saviour’ DeLuca never stepped back into the ring after 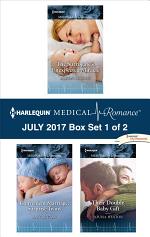 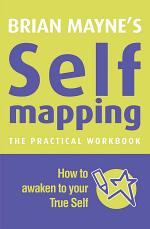 Authors: Brian Mayne
Categories: Self-Help
Self-awareness, self-belief, self-esteem, self-acceptance, self-love, self-renewal: how would you like to transform your "self"? Self-help guru Brian Mayne guides readers on an inward journey of personal discovery that will lead them to greater fulfillment and confidence. The results are amazing, yet his method is beautifully simple: Mayne explains how to